Yesterday my husband Larry and I decided to go to  Brewery Rickoli, we heard so much about it from a few different sources.  I have to say we were there a the wrong time, they were hosting a charity event and it was very noisy. We were assured that Sunday's aren't normally like that. 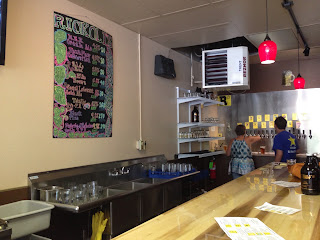 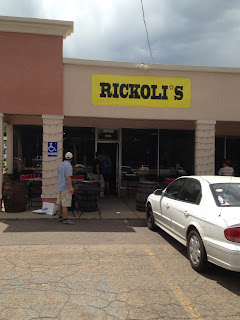 The server at the bar were a mother and son team, Deb and Collin Zanker, the family is part owner in the brewery.  Let me restate that, nano-brewery.  Rickoli has been open for only 7 months and is all ready a local hangout. Collin showed his playfulness with clanging on a cowbell to Blue Oyster Cults, "Don't Fear the Reaper". 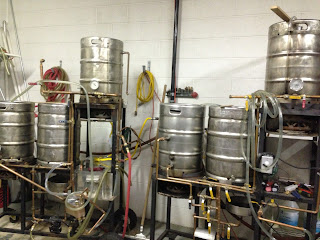 The head-brewer is Rick Abitbol, he brews on two half-barrel system which is 15 gallons of beer. Collin gave us a private tour of the brewhouse and it was impressive in that Rickoli is open very day, that means Rick is brewing most days to keep up with demand. 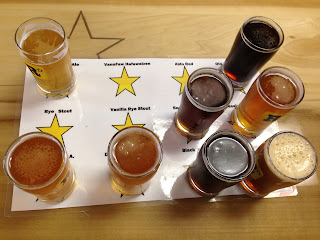 The beer is quite good. I like Elks Brown Ale that is 6.8% ABV, 40 IBU and the Rye Stout which is 7.0% ABV, 45 IBU from their static tap list but what wowed me was the special brew. Monolith is a Russian Imperial Stout that is 12% ABV, a big stout that was delicious with a rich bourbon flavor. The other special brew was Old Rickoli barleywine that was so smooth that it hid it's 11.5% ABV.

Dispite Brewery Rickioli's lack of advertising, the brewery is filling a niche in the Wheat Ridge area with word of mouth amoung the beer lovers.