The Great American Beer Fest on Friday was just as hectic as the night before. Friday assignment was to interview Kim Collins, head brewer at Barrel and Bottles in Golden CO. She was gracious enough to talk to me while pouring beers.

I had another early entrance but this time I waited at the Dogfish Head booth to get a taste of their Chocolate Lobster Ale.  Sam Calagione was there giving an interview but his staff was pouring beer into pitcher and was taking them so long while ignoring the crowd waiting for their beers. I was curious about the Chocolate Lobster since watching the BrewDog series on the television when they were in Boston. They made a seafood ale with clams, crabs, lobsters and a little funk from them seating in the mash. Thank you Sam for not doing that with your Chocolate Lobster! But I plunged forward and got a taste of this odd crustacean beer. I was good, a nice chocolate forward flavor with some odd taste in the end but it didn't distract from the beer at all. 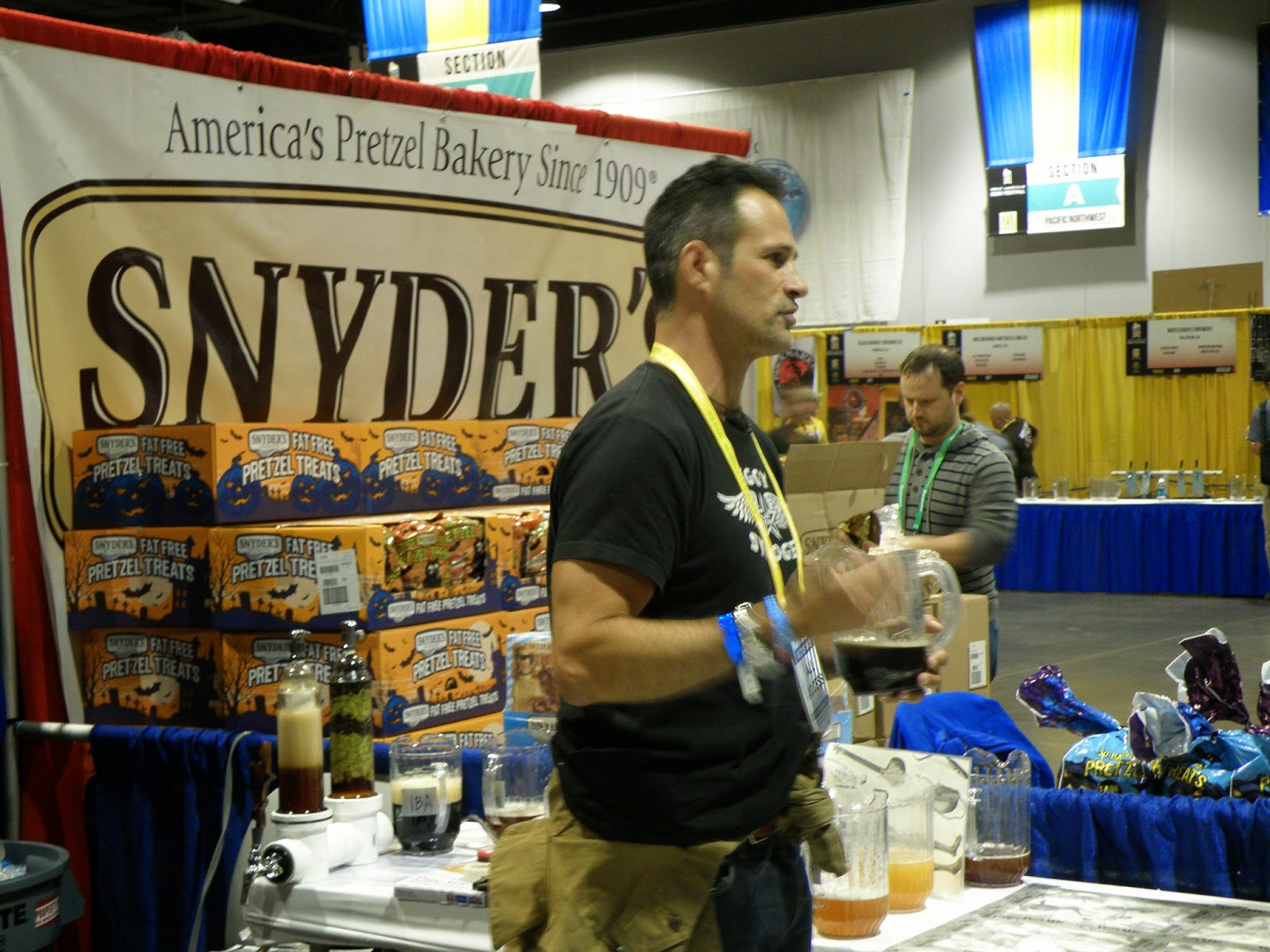 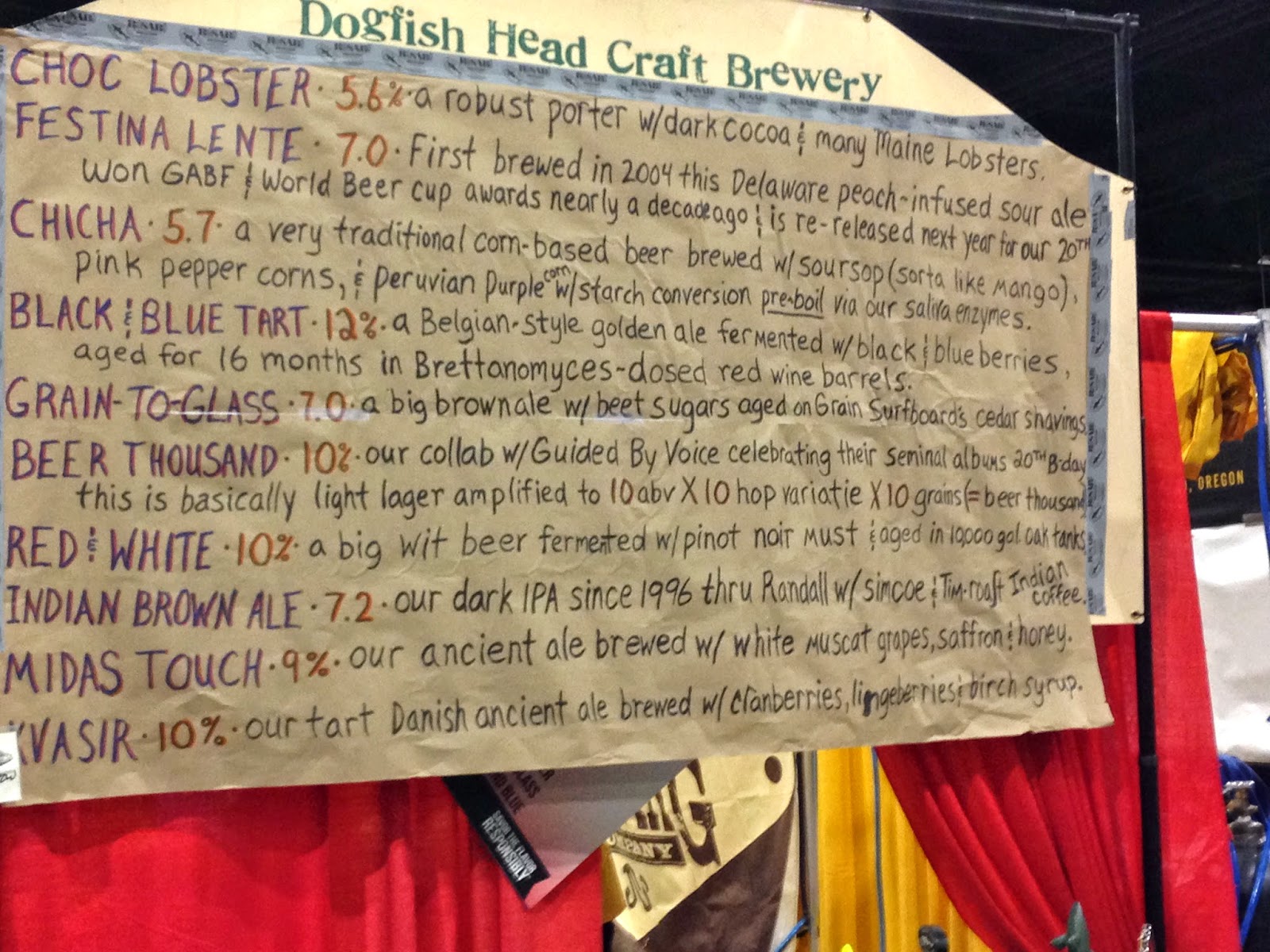 As I was walking around, I stumbled into a line for New Glarus Brewing and since I like their beers waiting in line was well worth it.  After having their Brown Peach, which by the way, was peachy good, I then was on the hunt for Kim Collins, head brewer at Barrel and Bottles in Golden, CO.  Even though I was at the event the day before, I was still unfamiliar with where each region was located. I finally found her and she gave me a quick interview. 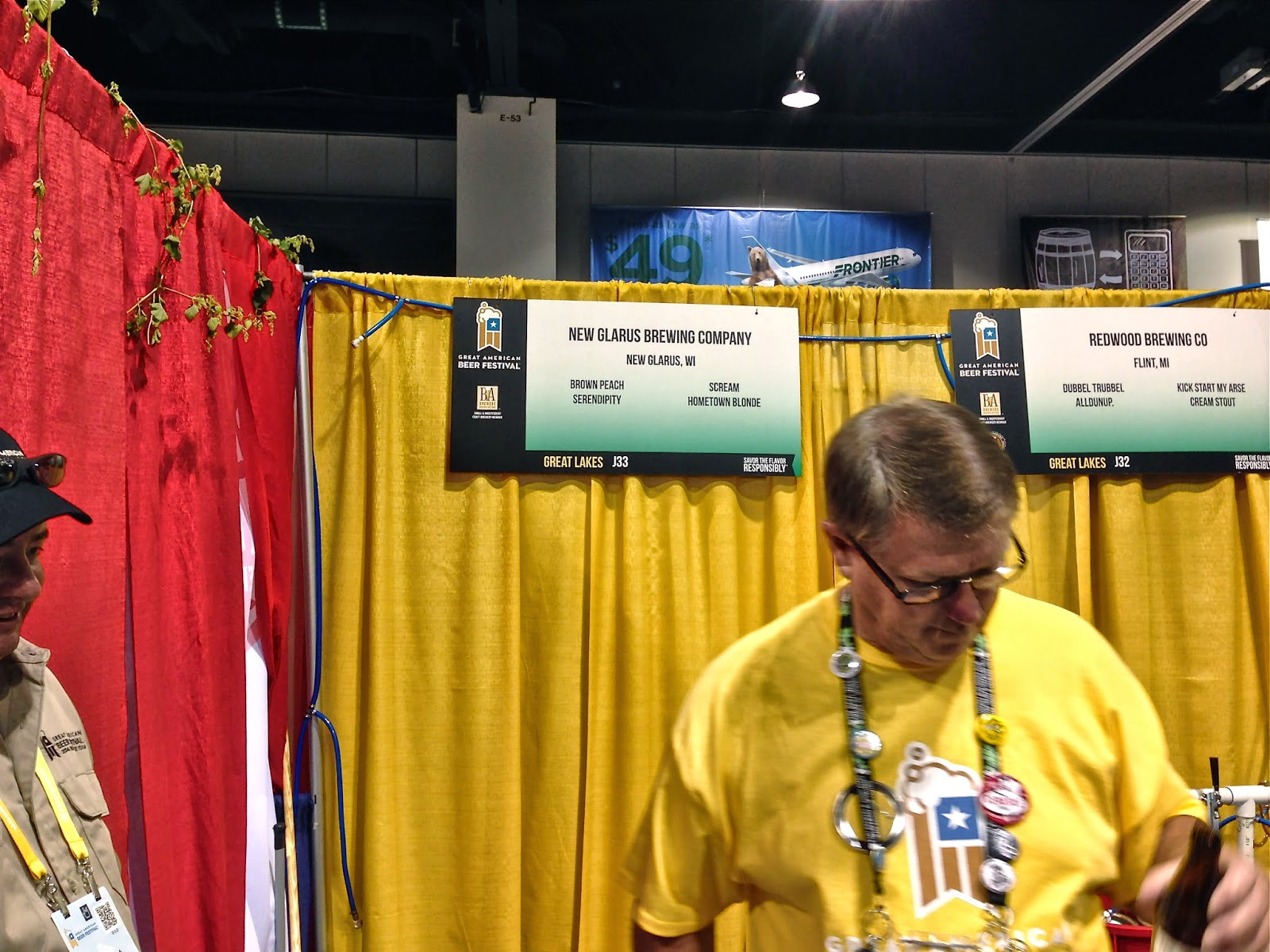 Short's Brewing Co was another stop with two great beers that could almost be called desserts, the Bourbon Carrot Cake that was sweet but at the same time boozy and the Wood Master, a American brown ale fermented with Northern Michigan maple syrup and toasted pecans was also delicious. 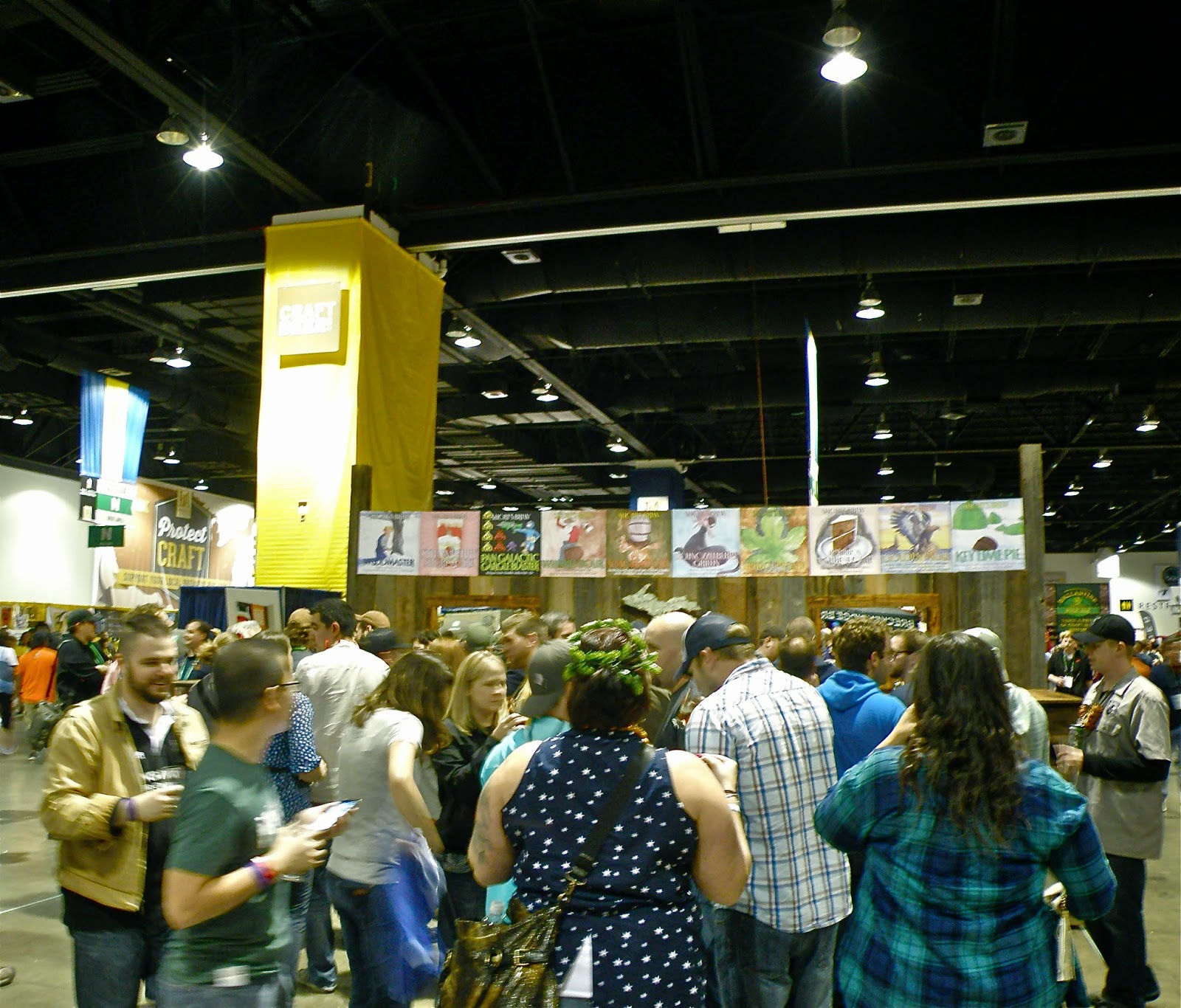 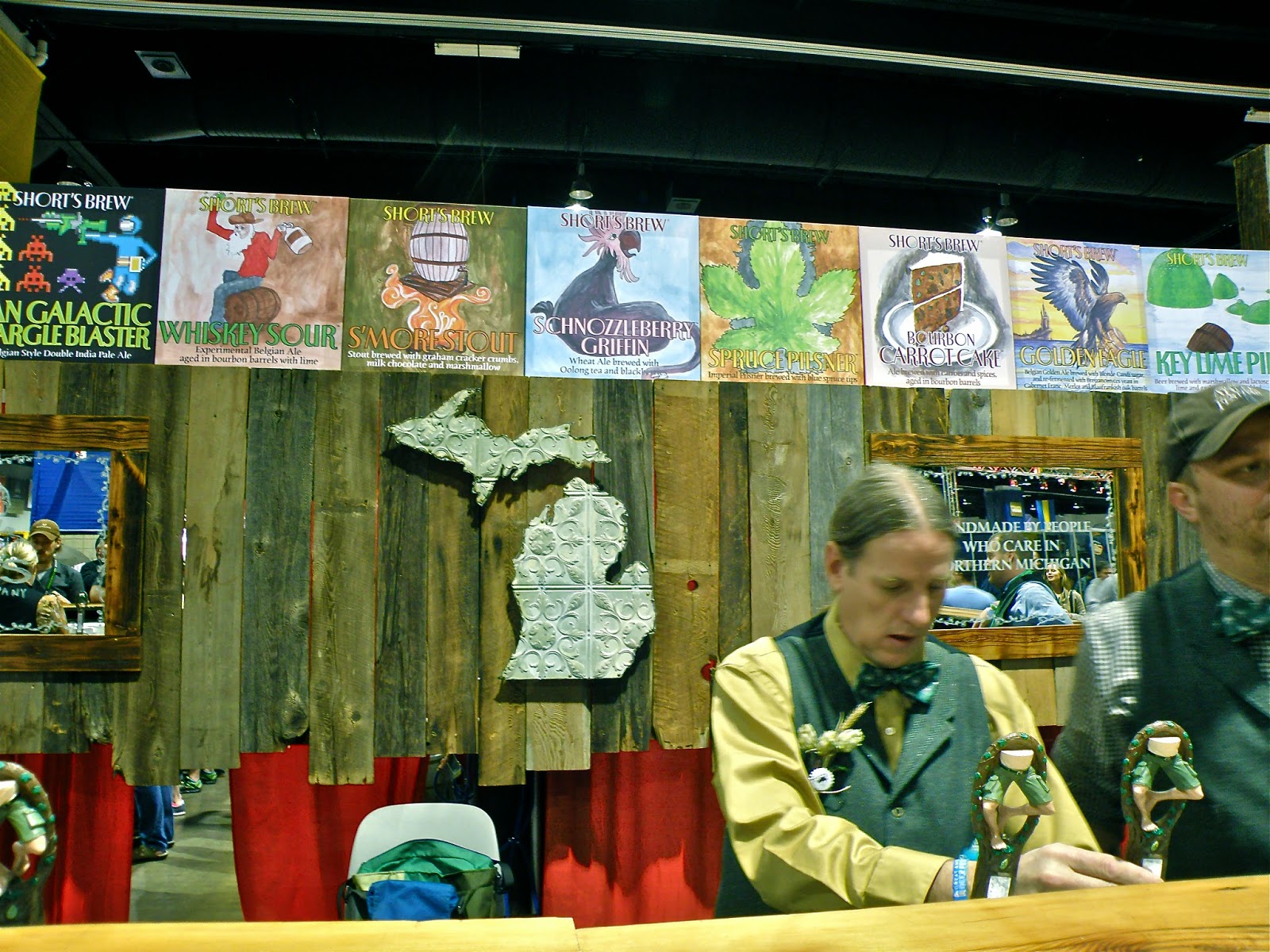 I found another new brewery, Brugge Brasserie from Indiana. I had the Framboise that wasn't bad, I should have stop there again and had another one of their beers but I forged onward through the masses trying to find more new breweries. 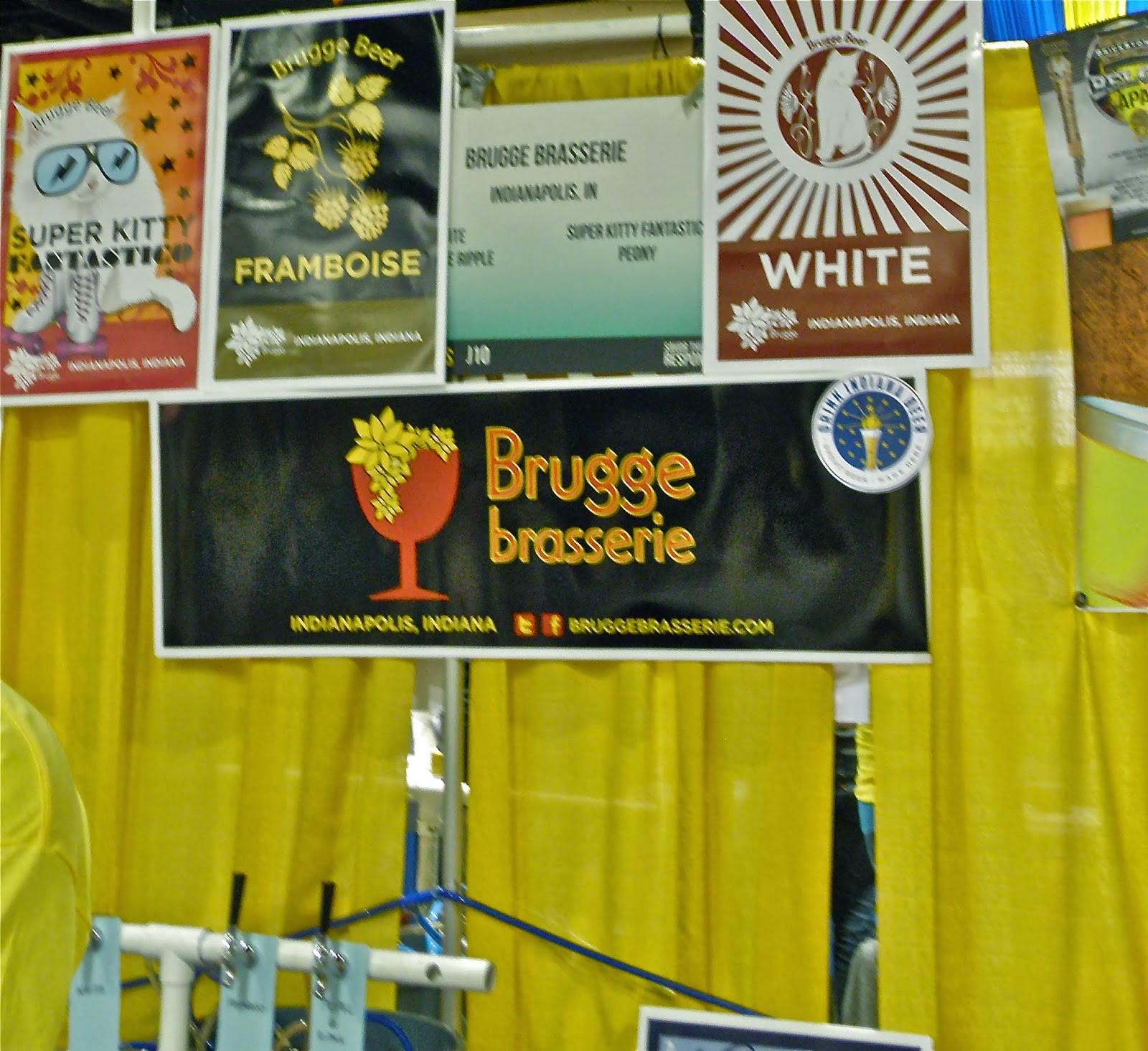 Apple Blossom Brewing from Arkansas, they don't make ciders as their name might imply. The owners of the brewpub were on hand and we very friendly to answer any questions. I had their Hazy Morning Coffee Stout; it would definitely wake you up with the amount of coffee in this brew! The oatmeal stout was aged with 30 pounds of Arabica coffee. 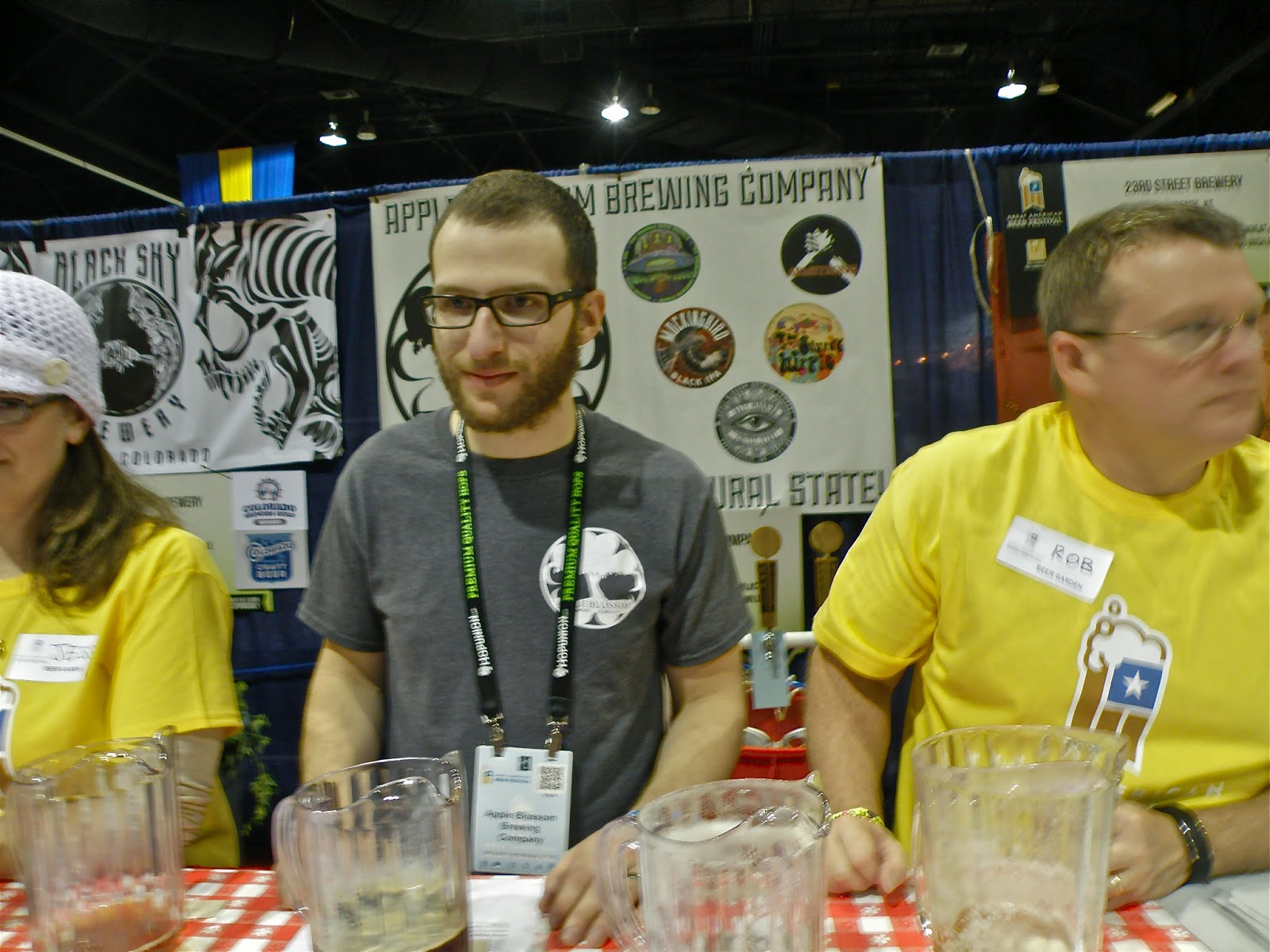 I live in Colorado that has over 170 breweries scattered throughout the state and I haven't been to a good portion of them.   Pagosa Brewing is one of those that haven't had their beer before.  I had their Peachy Peach Ale that was really good. I don't know why I never tried their beers before, maybe Pagosa Brewing hasn't sent any styles I liked. (?) 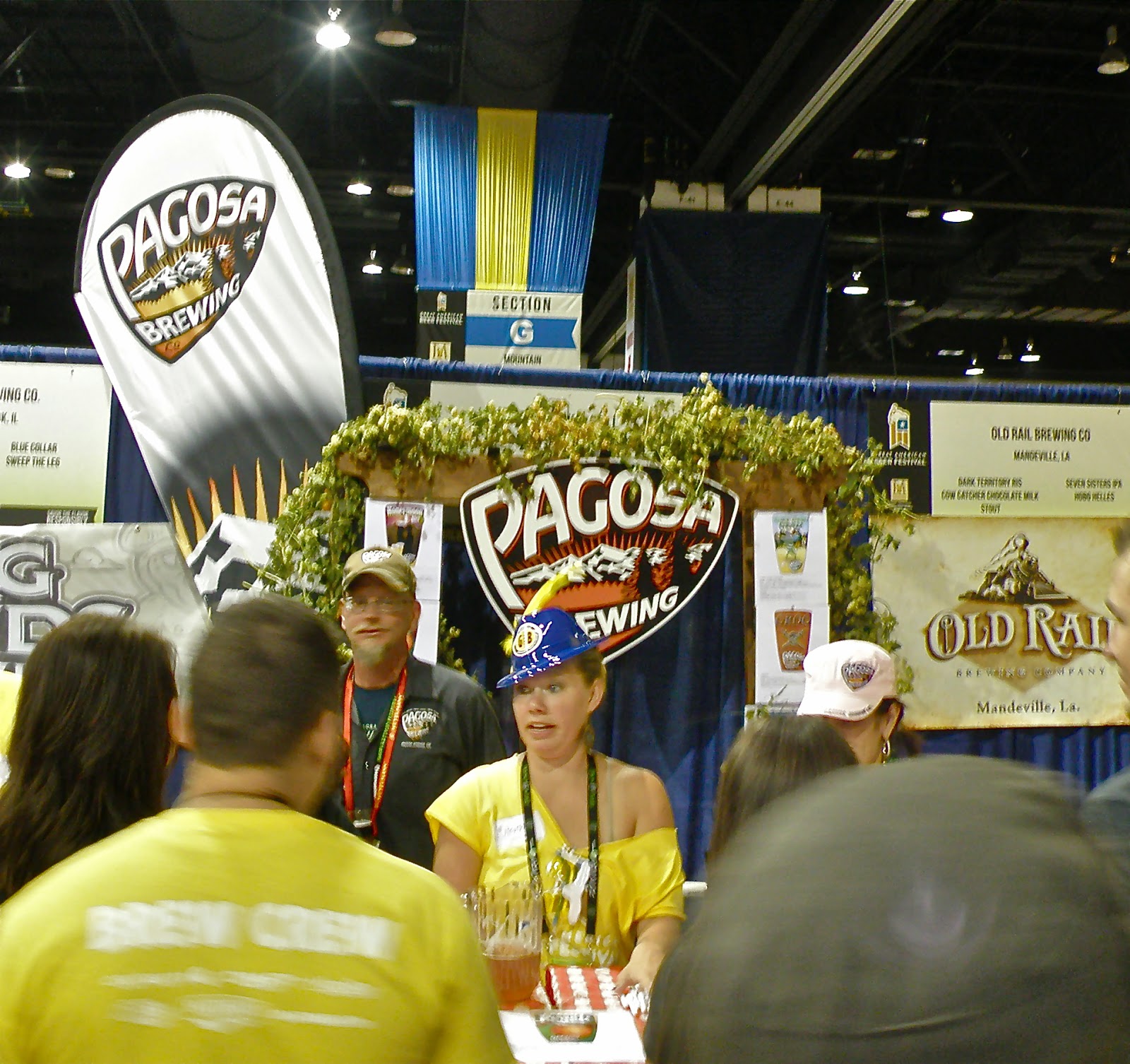 New Belgium had a large booth and taking a tip from Kim Collins the head brewer at Barrels and Bottles brewpub in Golden, I had the Chocolate Stout which was very good with a good chocolate coffee taste. 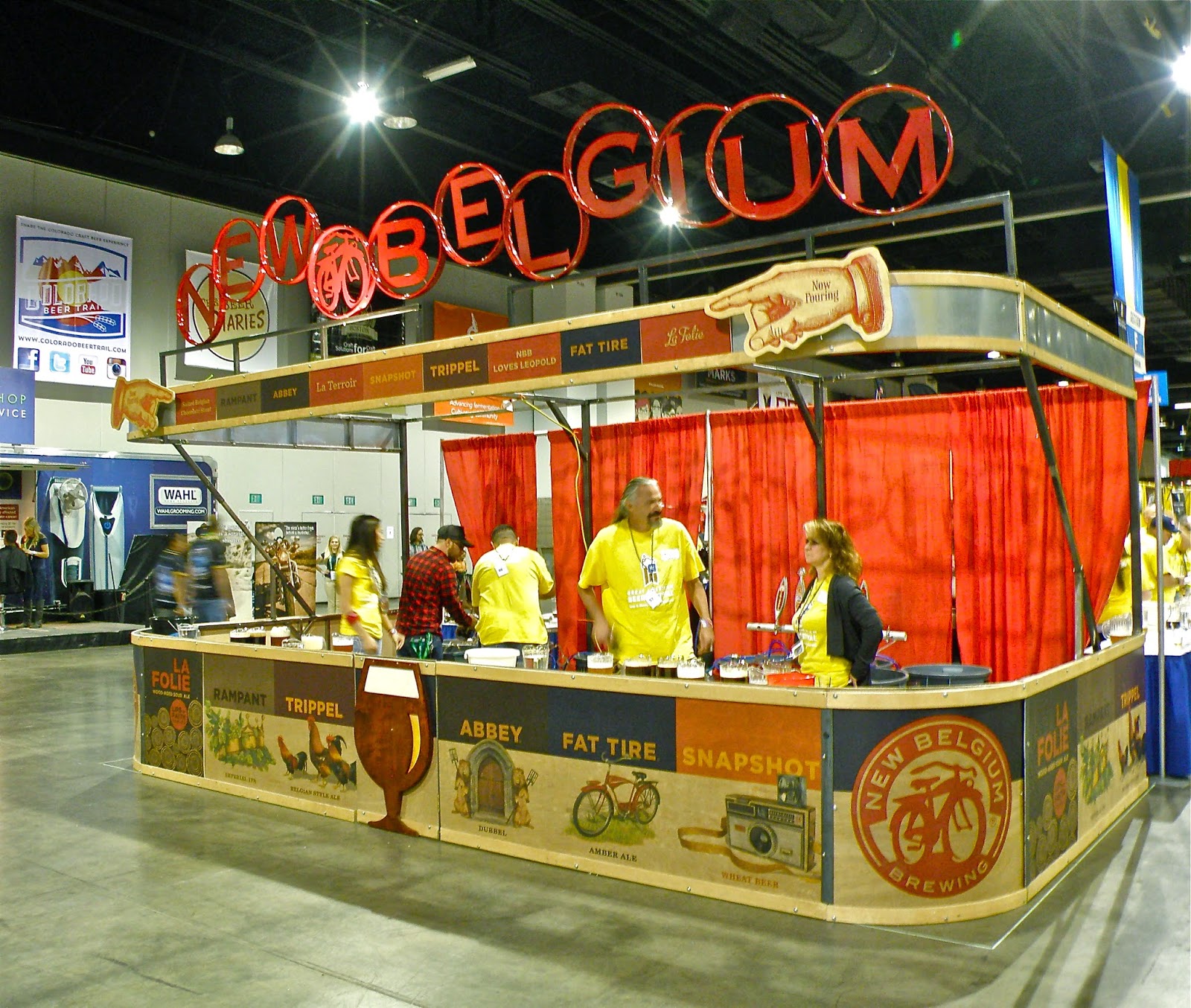 Friday came and went with a tired correspondent taking home some good memories of the second day of GABF.
Posted by Unknown at 9:42 AM